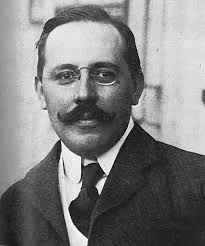 Josef Hoffmann was born in Pirnitz, Moravia (now Czechoslovakia) in 1870. He studied architecture at the Academy of Fine Arts in Vienna under Carl von Hasenauer and Otto Wagner, whose theories of a functional, modern architecture profoundly effected his architectural works. He won the Rome prize in 1895 and the following year joined the Wagner’s office. Hoffmann established his own office in 1898 and taught at the Vienna Kunstgewerbeschule from 1899 until 1936. He was a founding member of the Vienna Secession, a group of revolutionary artists and architects. He actively supported the group by designing its exhibitions and writing for the magazine Ver Sacrum. In 1903 he helped found the Wiener Werkstätte. Although Hoffmann’s earliest works belong to a Secessionist tangent of the Art Nouveau, his later works introduced a vocabulary of regular grids and squares. The functional clarity and abstract purity of his later works mark him as an important precursor of the Modern Movement. kubus Armchair and kubus Sofa. Designed in 1910 was presented at the International Exhibition held in Buenos Aires on the centennial of Argentinean Independence known as May Revolution. Hoffmann’s constant use of squares and cubes earned him the nickname “Quadratl-Hoffmann”. A highly individualistic architect and designer, Hoffman’s work combined the simplicity of craft production with a refined aesthetic ornament. 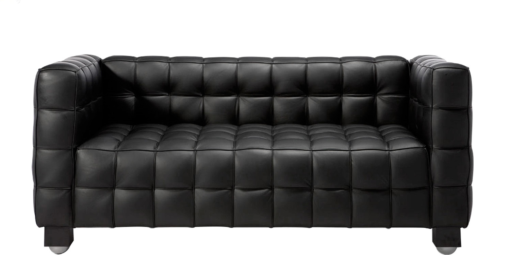 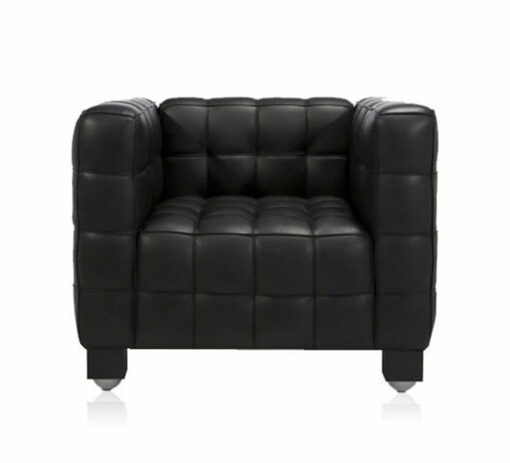